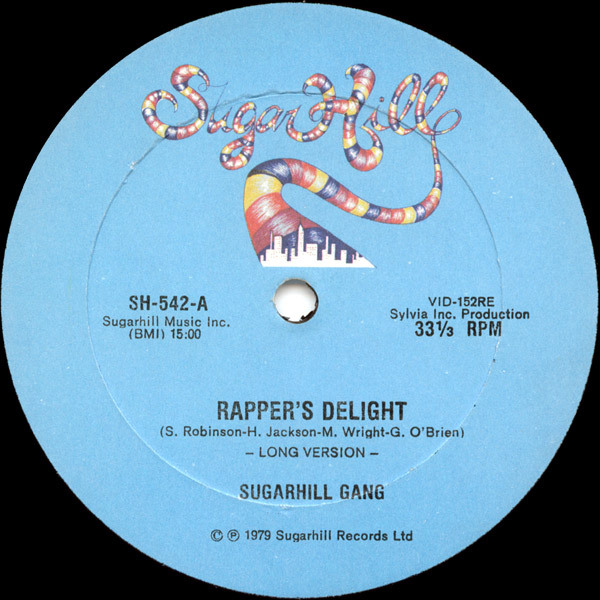 
Hippie to the hippie, The hip,  hip a hop, and you don't stop, a rock it out
~ boggie the bang bang the boogie to the boogie, the beat.
Now, what you hear is not a test - I'm rappin' to the beat,
And me, the groove, and my friends are gonna try to move your feet.
See, I am Wonder Mike, and I'd like to say hello,
To the black, to the white, the red and the brown, The purple and yellow. But first, I gotta
Bang bang, the boogie to the boogie, Say up jump the boogie to the bang bang boogie,
Let's rock, you don't stop, Rock the rhythm that'll make your body rock.
Well so far you've heard my voice but I brought two friends along,
And the next on the mic is my man Hank, C'mon, Hank, sing that song!

check it out I'm Imp the Dimp, the ladies' pimp, The women fight for my delight.
But I'm the grandmaster with the three MCs That shock the house for the young ladies
And when you come inside, into the front, You do the freak, spank, and do the bump
And when the sucker MC try to prove a point, We're a treacherous trio, we're the serious joint!
From sun to sun and from day to day I sit down and write a brand new rhyme Because they say that miracles never cease
I've created a devastating masterpiece I'm gonna rock the mic 'til you can't resist,
Everybody, I say it goes like this Well, I was walking home late one afternoon A reporter stopped me for an interview
She said she's heard stories and she's heard fables That I'm vicious on the mic and the turntable
This young reporter I did adore, So I rocked some vicious rhymes like I never did before
She said, "Damn, fly guy, I'm in love with you The Casanova legend must have been true"
I said, "By the way, baby, what's your name?" Said, "I go by name of Lois Lane
And you could be my boyfriend, you surely can, Just let me quit my boyfriend called Superman."
I said, "He's a fairy, I do suppose Flyin' through the air in pantyhose
He may be very sexy, or even cute, But he looks like a sucker in a blue and red suit,"
I said, "You need a man man who's got finesse And his whole name across his chest
He may be able to fly all through the night, But can he rock a party 'til the early light?
He can't satisfy you with his little worm, But I can bust you out with my super sperm!"
I go do it, I go do it, I go do it, do it, do it.
An' I'm here an' I'm there, I'm Big Ban Hank, I'm everywhere
Just throw your hands up in the air And party hardy like you just don't care
Let's do it, don't stop, y'all, a tick tock, y'all, you don't stop!
Go ho-tel, mo-tel, whatcha gonna do today? (Say what?)
I'm gonna get a fly girl, gonna get some spank, drive off in a def OJ,
Everybody go, "Ho-tel, mo-tel, Holiday Inn"
You say if your girl starts actin' up, then you take her friend
I say skip, dive, what can I say? I can't fit 'em all inside my OJ,
So I just tak half, and bust 'em out, I give the rest to Master Gee so he can shock the house

I said I go by the unforgettable name Of the man they call the Master Gee.
Well, my name is known all over the world By all the foxy ladies and the pretty girls.
I'm goin' down in history As the baddest rapper there ever could be.
Now I'm feelin' the highs and you're feelin' the lows, The beat starts gettin' into your toes
You start poppin' your fingers and stompin' your feet And movin' your body while while you're sitting in your seat
And then damn! Ya start doin' the freak, I said Damn! Right outta your seat
Then you throw your hands high in the air, Ya rockin' to the rhythm, shake your derriere,
Ya rockin' to the beat without a care, With the sureshot MCs for the affair.
Now, I'm not as tall as the rest of the gang But I rap to the beat just the same.
I got a little face, and a pair of brown eyes All I'm here to do, ladies, is hypnotize
Singin' on'n'n'on'n'on on'n'on,
The beat don't stop until the break of dawn
Singin' on'n'n'on'n'on on'n'on,
Like a hot buttered pop da pop da pop dibbie dibbie Pop da pop pop, don't you dare stop
Come alive y'all, gimme whatcha got
I guess by now you can take a hunch And find that I am the baby of the bunch
But that's okay, I still keep in stride, 'Cos all I'm here to do is just wiggle your behind
Singin' on'n'n'on'n'on on'n'on, The beat don't stop until the break of dawn.
Singin' on'n'n'on'n'on on'n'on, Rock rock, y'all, throw it on the floor
I'm gonna freak you here, I'm gona freak you there, I'm gonna move you outta this atmosphere.
'Cos I'm one of a kind and I'll shock your mind I'll put TNT in your behind. I said
One, two, three, four, come on, girls, get on the floor
A-come alive, y'all, a-gimme whatcha got 'Cos I'm guaranteed to make you rock
I said one, two, three, four, tell me, Wonder Mike What are you waiting for?

I said a hip hop, The hippie to the hippie The hip hip a hop, and you don't stop, a rock it
To the bang bang boogie, say up jump the boogie, To the rhythm of the boogie, the beat.
A Skiddleebebop, we rock, scooby doo, And guess what, America, we love you
'Cos you rocked and a rolled with so much soul, You could rock 'til a hundred and one years old.
I don't mean to brag, I don't mean to boast, But we like hot butter on our breakfast toast
Rock it up, Baby Bubba! Baby Bubba to the boogie da bang bang da boogie
To the beat, beat, it's so unique Come on everybody and dance to the beat!

Have you ever went over a friends house to eat And the food just ain't no good?
i mean, the macaroni's soggy, the peas are mushed, And the chicken tastes like wood
So you try to play it off like you think you can By saying that you're full
And then your friend says, "Mama, he's just being polite He ain't finished, uh-uh, that's bull!"
So your heart starts pumpin' and you think of a lie And you say that you already ate
And your friend says "Man, there's plenty of food" So you pile some more on your plate
While the stinky food's steamin', your mind starts to dreamin' Of the moment that it's time to leave
And then you look at your plate and your chicken's slowly rottin' Into something that looks like cheese
Oh so you say "That's it, I gotta leave this place I don't care what these people think,
I'm just sittin' here makin' myself nauseous With this ugly food that stinks"
So you bust out the door while it's still closed Still sick from the food you ate
And then you run to the store for quick relief From a bottle of Kaopectate
And then you call your friend two weeks later To see how he has been
And he says, "I understand about the food, Babe Bubba, but we're still friends"
With a hip hop the hippie to the hippie The hip hip a hop, a you don't stop the rockin'
To the bang bang boogie Say up jump the boogie to the rhythm of the boogie the beat 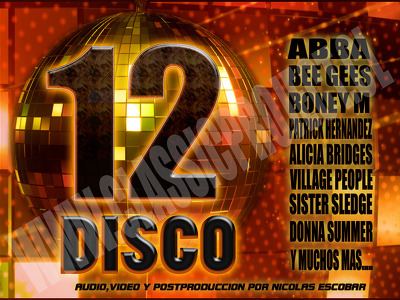 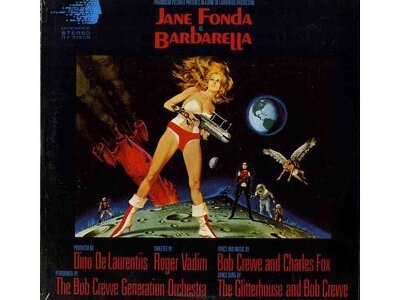 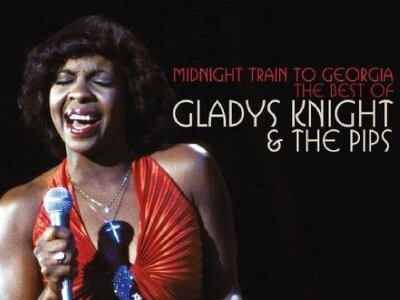 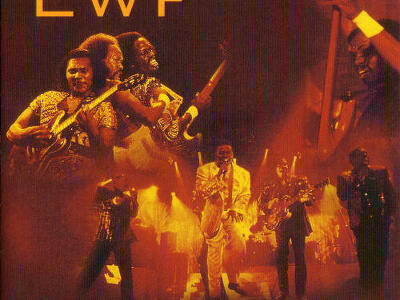